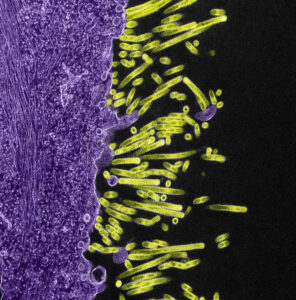 The CEIRR program will focus on a wide breadth of influenza research including natural history, transmission, and pathogenesis as well as providing an international research infrastructure to address influenza outbreaks. Though the primary focus will be on influenza, the network will also study SARS-CoV-2 and other emerging viruses with pandemic potential.

Five institutes were selected as CEIRR Centers. These are the Icahn School of Medicine at Mount Sinai, the University of Pennsylvania, St. Jude Children’s Research Hospital, Emory University, and the University of Georgia Research Foundation. The Centers will will conduct studies in the United States and internationally that evaluate influenza-related research areas, such as understanding immune responses to infection and vaccination and identifying which immunological factors can determine influenza disease severity. They will also conduct influenza surveillance, including research on transmission of influenza viruses from animals to humans (zoonotic transmission).  The sites will prepare studies that could be rapidly launched as part of emergency research responses to outbreaks of influenza and other emerging viral pathogens.